Quiroga (SEP San Juan) does not slow its flight

Mauricio Quiroga once again gave SEP San Juan another victory. This time the cyclist puntano was left with the competition called “Double San Martín” that was disputed this Sunday morning and that organized the Subcomisión of cycling of the Athletic Club San Martin. The “Beast” thus rose with its second consecutive triumph after the enormous victory obtained a week ago in the classic “Mendoza-San Juan”. Quiroga completed in 2 hours 7 minutes 12 seconds, second ended Gerardo Tivani (Municipality of Pocito) and third Darío Álvarez, also of SEP San Juan.
The competition that counted on little more than 60 cyclists, had the SEP like great protagonist from the beginning.
Efraín Tolosa and the “Russian” Sartasov were the ones who came out to show their heads when they had not yet traveled 15 kilometers. With the step of the stage several cuts were tried. In addition to Tolosa, Darío Álvarez, Gonzalo Najar, Lionel Biondo, Emiliano Ibarra, all had their protagonism in every attempt.
Then in the end, Gonzalo Najar tried the heroic, Toloza and Quiroga as well, until in the end the one that got better positioned was the puntano, who returned to demonstrate his best potential packing and with arms raised, celebrated a new triumph For the SEP San Juan cycling team.
Classification Double San Martín (Argentina) 3/5/2017:1-Mauricio Quiroga SEP San Juan 02h07m12s2-Gerardo Tivani Mun.de Pocito3-Dario Alvarez SEP San Juan4-Duilio Ramos Rawson We Are All5-Jonathan Sepulveda Individual6-Franco Luna7-Marcos Jacamo Individual8-Paco Daniel Lucero Rawson We Are All9-Lionel Biondo SEP San Juan10-Alan Ramírez Rawson We Are All 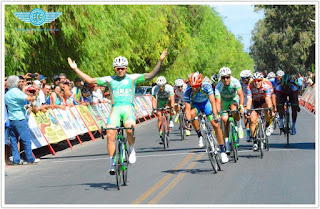 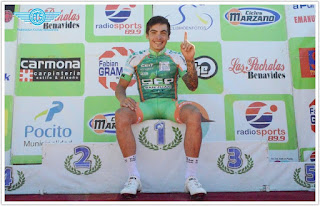 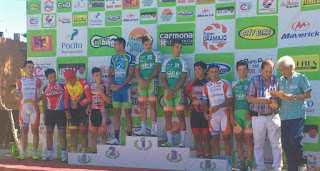